Vashti was the fairest of all the noblewomen in the kingdom of Persia during her time.

Who would not want to show off that kind of beauty? She was royalty’s most prized possession, so much that even when he was in a merriment haze, he could not keep his mind off her beauty. Some philosophers called him the foolish King, but I will tell you this: that man practically adored his Queen. He was so much in love. If good things could last forever, wishes would have been horses.

Do you know what they say about the difference between what men say and what wives hear? This noble couple is proof that this relationship challenge has its roots crusted deeply in ancient times. Vashti was taught from childhood to value her dignity and to respect her royal values. In modern times, she would have been one effortlessly classy woman with highly impeccable taste and a jaw-dropping gorgeous look. No one would have dared to make her feel less of a champion. She would always be on guard emotionally and psychologically. She was a queen in appearance, and she made choices every day for the royal household. She was a great homemaker.

How do you make decisions? When a “yes” clashes with your values and a “no” lands you in trouble with your superiors, what would be your response? Sometimes the first instinct is to repel anything that will dent our values or truth and stand for what we believe is right. That is not an awkward decision at all. We also take chances by stifling our opinions and blindly doing what has been asked of us, comforting ourselves that the responsibility of our responses lies with the person at the other end of the table.

Vashti was an ambassador of high moral standards who would not compromise for anything or anyone, especially not her King, whom she felt was being taken for a fool by the princes of the kingdom. She believed that if he were not drunk, he would not have asked her to parade her beauty in front of other men. She felt his request was condescending and took a decision to save him from disgracing his throne and the royal household. She disobeyed his direct order to “save face.” 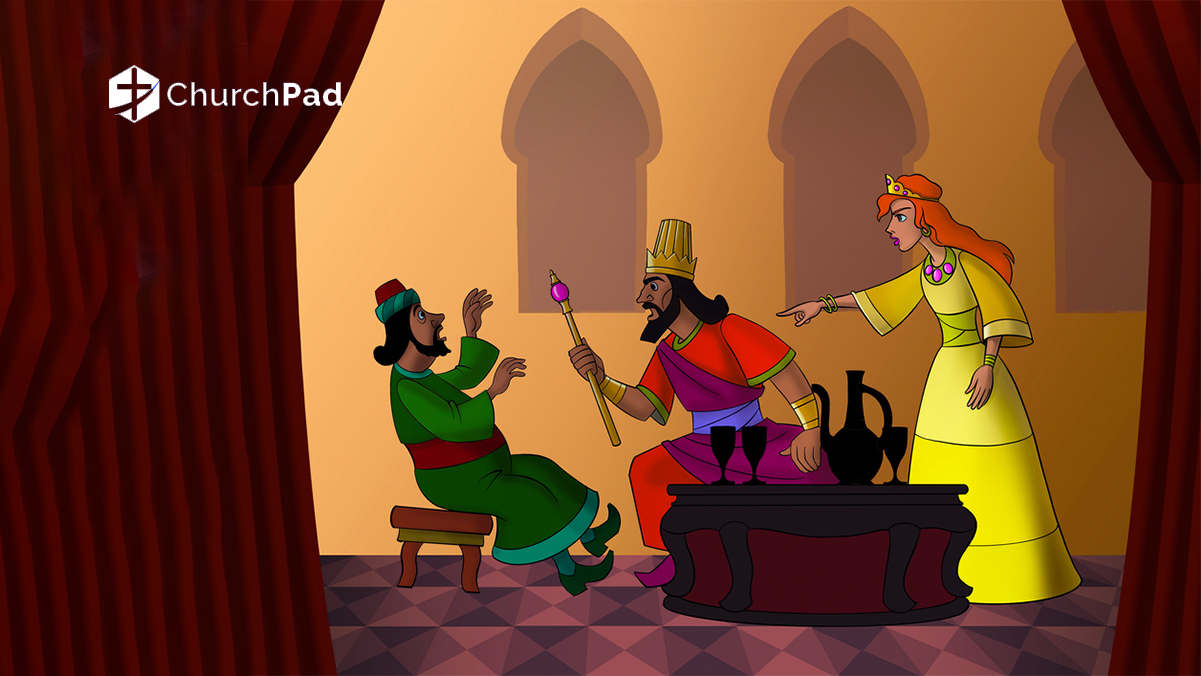 It should not have gotten her banishment under normal circumstances, but it did. Do you know why? She crossed her bounds and made decisions for her King. A King no longer has power when his authority cannot earn him respect. Did Vashti undermine his position on purpose? I do not think so. She only wanted to act in a capacity to help him preserve his ‘falling’ dignity. Rendering help is not a bad idea but helping someone who did not ask for it or needs it can come with consequences. We must learn to get the clarity behind instructions before taking action.

Let me show you three things that could have prevented Vashti from falling into the pit that swallowed her royal existence. These three things will guide us on the journey of our Christian faith.

Imagine trying to make a contrary decision for God when he has given a direct order. Look at Jonah’s account. The man decided to go and deliver God’s message for Nineveh to another city. He thought to himself that since all God wanted was for him to preach the gospel of truth, and Nineveh was a dangerous place of choice, he would change course and deliver the same message to a different city. He was lucky because it was God’s business, but he still suffered the consequences by living amid a stink in the belly of a whale for 72 hours. God is always merciful, but not everyone gets a second chance with men.

In Vashti’s case, her husband felt bruised because she refused to heed his attention. He wanted to show the world his inestimable jewel. He wanted to let the people know that he had a worthy Queen who was selfless and agelessly beautiful in and out. Unfortunately, his Queen heard his instruction differently. She heard that she should come out for a beauty parade, and she based her response on that. She refused to let her mind interpret the instruction her ears had received. Everyone needs to learn to hear first and then listen for more clarity. When God speaks, we should learn to hear twice.

2. Comfort is a Dangerous Place to Live In

Vashti was a very comfortable Queen. Her husband adored her because she was ‘good to look at.’ He was so mesmerized by her beauty that he could not see anything wrong with her attitude towards their relationship. She was perfect in his sight. Even as I read that first chapter of the book of Esther again, I like to think that she probably might have gotten away with disregarding the King’s order if it was not a public act of disobedience. Heaven knows how many times he might have had to forgive her child-like tendencies in their inner chambers. She did not have cause to think her decisions through at the banquet because it probably was not the first time, and it was not much of a deal. She was comfortably ignorant.

When you are in a position, never think that you are indispensable. Get wisdom, and in all, continually get understanding. Esther learned from her predecessor’s experience; she never stopped learning how to please her King. She never took advantage of the King’s love and admiration. Young Esther sought to be a better Queen daily, and the King never got enough of her. She continually learned how to massage and satisfy the desires of his ego. She did not stay comfortable because of her beauty.

3. Wisdom Is Given, Not Developed

The King had hosted his people to a 7-day feast, so there were a lot of merriments. Even the Queen had a banquet in the royal court. Noble ladies from all over the kingdom must have been in attendance. She received her measure of respect as Queen. Although the Bible did not tell us why she refused to meet the King, she might probably be trying to set an example for her noble guests that she has some measure of control and was not a trophy wife. As women, sometimes we forget that we were created not to do everything a man can do, but to do everything they cannot do. That is why we are their help-mate.

Vashti displayed that she wanted to have the same measure of authority as her husband. The man respected her and her position so much. He allowed a separate banquet outside the one he was already hosting as the King, but she failed when it was time to engage a sense of wisdom. Being submissive is neither slavery nor folly.

We need the wisdom to understand the concept of submission, and it cannot be built or developed. Only God gives it. This wisdom was what made Esther loved by her King, his subjects, and the people.

Wisdom is of God, and the only way to get it is to seek for it. How do you commune with God? Does he speak, and you choose what to hear? Do you know Him enough to understand him? It is when you begin to understand God that you can seek his wisdom. Does the study of God’s word attract you at all? Are you the kind of Christian who would build aesthetics like Vashti or spend time seeking knowledge and wisdom like Esther? The Church is now closer to you than ever before. The gospel is spreading like wildfire. Most essentially, management tools such as ChurchPad have made the Bible study more interesting than you can imagine.

Start your free trial on ChurchPad today and gain tons of wisdom from different Church fellowships. 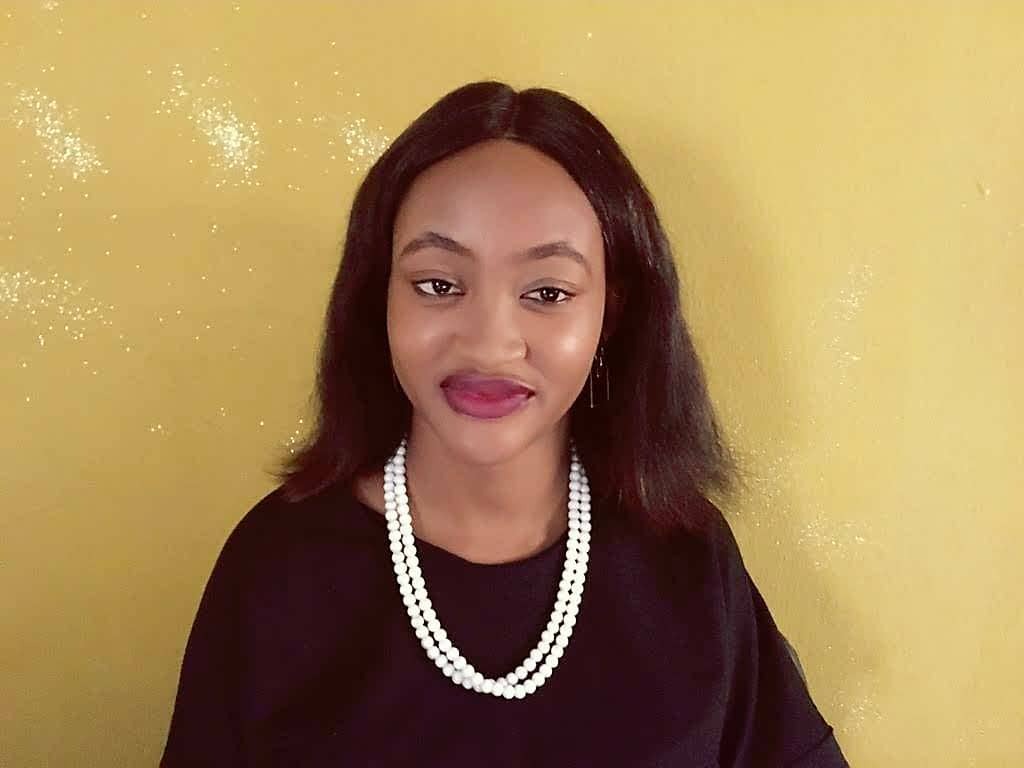 I am fierce. My words are my deepest assets, and I trade them for the best of all gifts in sincerity- Love. I am Temitayo Badewole, and I only talk best with the pen.
PrevPreviousA Simple Guide on Starting Your Church Blog
NextTeach Your Child to Avoid a Laban Mindset With These 3 TipsNext

Fundraising ideas for your Church

How Well Do You Know Your Congregants?

Any cookies that may not be particularly necessary for the website to function and is used specifically to collect user personal data via analytics, ads, other embedded contents are termed as non-necessary cookies. It is mandatory to procure user consent prior to running these cookies on your website.